There are a wide variety of different parasites out there with their own specific characteristics. Actually, some parasites cause only mild infections and will eventually go away on their own without any specific treatment, while some parasitic diseases must be treated in order to avoid severe complications, including potentially death. In some cases, for example in people with weaken immune system, babies or elderly, parasites that are usually able to go away on their own should also be treated depending on the gravity of their symptoms, as the host’s immune system might be unable to fight successfully the intruders. Furthermore, it is interesting to note that some parasites caused asymptomatic infections, meaning that they are able to remain within the body without causing any symptoms for years. As such, it is possible that the firstly acquired infection was successfully treated, but that parasites still remain silently inside the body.

There are mainly two types of situation where a parasite is able to clear itself from its host without any specific treatment. First, it could simply be unable to produce a long-lasting infection within a human host. Actually, when a parasite infects human as an accidental host, meaning that it is not a normal host for this parasite, it is usually not able to fulfill successfully its life cycle and to establish a long-lasting infection. It can lead to the self-clearance of the parasite from the body. However, it is important to mention that it is also possible for the human accidental host to have a severe illness caused by this parasitic infection.

Although quite rare, having human as an accidental host in more frequent with helminths infecting usually animals. Finally, the parasite could also be successfully fought by the host’s immune system. As parasites and their human host have coevolved for thousands of years, this situation is more frequent for parasites infecting humans, especially with some protozoan parasites. This situation is going to be exemplified below.

Actually, in healthy people, some parasites cause only mild infections that usually heal without any specific treatment. It is the case of the mild intestinal diseases caused by either Giardia and called giardiasis, or by one of the coccidian parasites, namely Cyclospora cayetanensis, Cryptosporidium species and Cystoisospora belli, causing respectively cyclosporiasis, cryptosporidiosis and cystoisosporiasis. However, as mention earlier, treatment for these diseases can be required for more severe cases or for infection in people with weaken immune system. It is noteworthy that infections with Giardia and Cryptosporidium are quite common in developed countries, especially in the United States.

Some parasitic infections can also heal by themselves after a long period, but are better to be treated in order to avoid having permanent damages. For instance, cutaneous lesions caused by the parasite Leishmania heal usually by themselves within a few months. However, in certain cases, it could be better to treat them in order to contain the infection, lower the probability of having a huge scar at the lesion site and, depending on the species involved, reduce the risk of getting post-leishmaniasis manifestations later in life.

Finally, it is important to note that the majority of parasitic diseases should be treated in order to get rid of the parasites involved. However, as mentioned in the examples given in this post, some parasites are able to go away on their own with a little help from the host’s immune system. 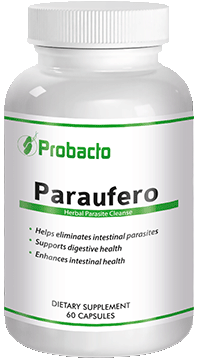 Click here to learn what are parasites and parasitic disease.

Click here to learn about causes of parasitic diseases.

Click here to learn about signs and symptoms of parasites and how you can find out if you have parasites or not.

Click here to learn about diagnosis of parasitic diseases.

Click here to read our comprehensive guide on how to do a proper parasite cleanse and get rid of parasites once and for all.

Click here and learn how to prevent from getting parasites.